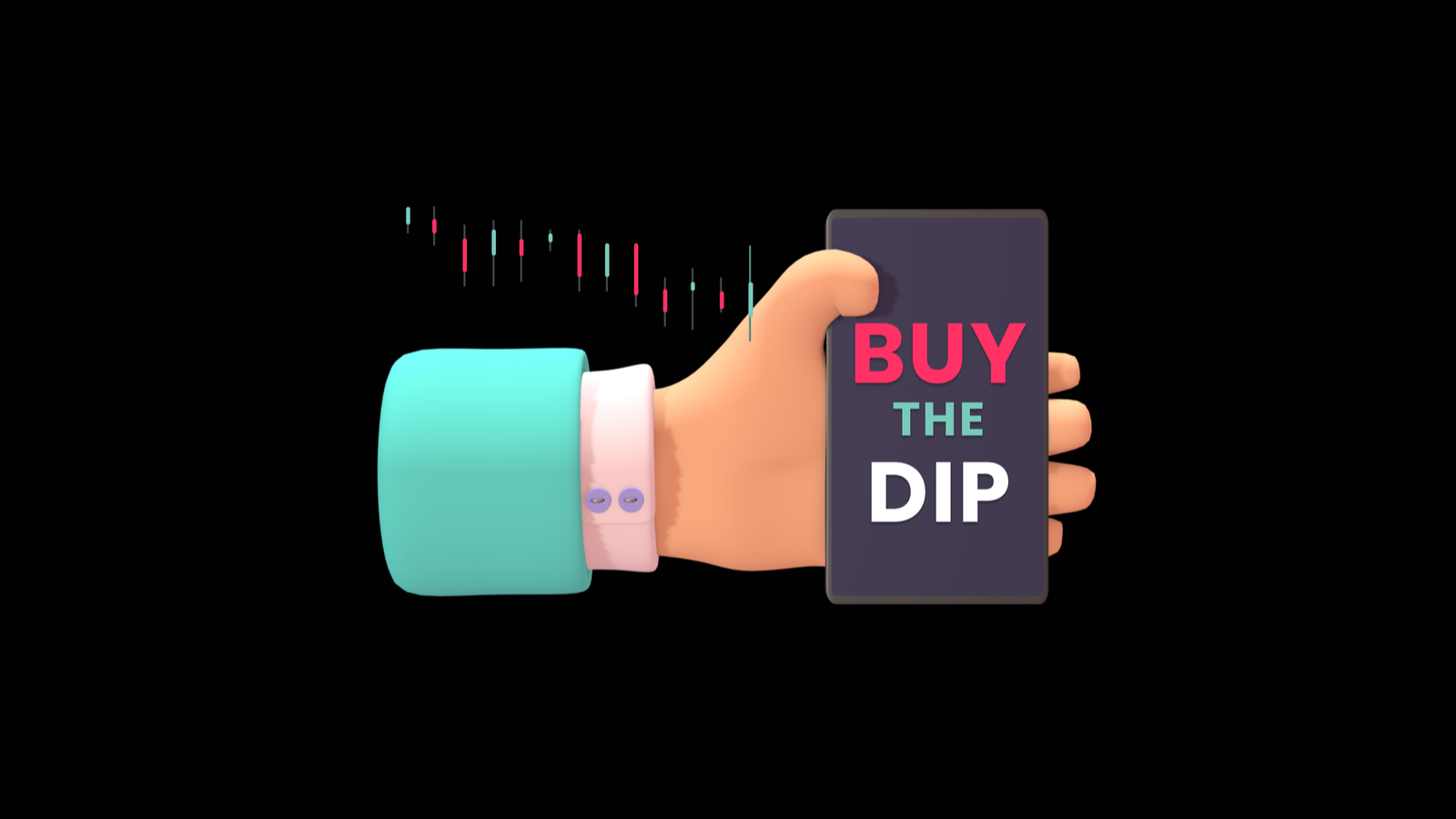 As many commentators have pointed out recently, the stock market is pricing in a recession that’s not going to arrive anytime soon. As a result, there are now many good stocks to buy on weakness. The best stocks to buy on a dip are the names that have plunged tremendously even though they’re growing quickly and are very well-positioned to benefit from strong trends.

Many experts have concluded that the very strong June employment data shows that America will not suffer a recession for the foreseeable future.

For example, Senior Economist Andrew Hunter, of Capital Economics, wrote, “[t]he strong 372,000 gain in non-farm payrolls in June appears to make a mockery of claims the economy is heading into, let alone already in, a recession.”

And as I noted in previous articles, core inflation decelerated in May, while oil prices are dropping and are likely to continue doing so for many weeks. As a result, inflation is poised to decelerate much further. Since the Federal Reserve has indicated that it is willing to limit rate increases if inflation decelerates, the central bank is likely to take its foot off the interest-rate accelerator soon.

Freeport McMoran (NYSE:FCX) has tumbled almost 50% in the last three months. This pushed the stock’s forward price-earnings ratio down to 7x.

I believe that the decline was likely caused by a combination of worries about a recession, China’s anti-coronavirus measures, the dollar’s strength and fears of a total collapse of commodity prices. But all of these fears are overdone. As we’ve already seen, a recession is unlikely to occur in the U.S. for a long time.

Meanwhile, most of China is no longer being affected by anti-coronavirus measures, the Asian country has launched economic stimulus measures and, although commodity prices have dropped, the price of copper was fairly steady between July 6 and July 11.

Reduced fears about a recession, lower interest rate expectations and China’s stimulus should be positive for the price of copper. Finally, a cease fire between Ukraine and Russia, which could occur in the late summer or fall, along with lower interest-rate expectations, would likely halt the dollar’s rise.

Given copper’s extensive use in renewable energy and electric vehicles, copper prices should rebound over the next few months, pushing up FCX stock.

After the automaker reported that it had manufactured more than 4,400 EVs last quarter and reiterated its 2022 production guidance, the Street seems to have become much more upbeat on Rivian (NASDAQ:RIVN) stock.

As evidence of that thesis, research firm Wedbush recently increased its price target on RIVN stock to $40 from $30. The firm says that the Street has become more bullish on Rivian because the company is handling its supply chain issues more adeptly.

“We believe Rivian from a core engineering and design perspective along with the Amazon commercial relationship has the potential to be a major EV stalwart over the next decade. However, for that to happen they need to start delivering models to customers and stop the excuses AND we like what we see so far,” Wedbush wrote.

I’m more bullish than Wedbush on Rivian’s alliance with Amazon (NASDAQ:AMZN), as I think that the partnership gives Rivian at least a 75% chance of becoming very successful.

Meanwhile, Rivian’s second electric vehicle, the R1S, is getting wonderful reviews, following in the footsteps of its first EV, the R1T. It should be noted, however, that the two EVs are quite similar to each other. Still, the upbeat reviews for the R1S increase the company’s chances of, like with the R1T, benefiting from very strong demand.

Schrodinger (NASDAQ:SDGR) is another company in which the Street has become significantly more confident lately. In Schrodinger’s case, the Street has gotten more upbeat after the Food and Drug Administration agreed to allow the firm to begin clinical trials on its SGR-1505 drug. The drug is a potential treatment for “relapsed or refractory B-cell lymphoma,” a blood cancer.

Schrodinger developed the drug in only ten months, using its artificial intelligence. The fact that the FDA is permitting the company to conduct clinical trials on the drug that it developed has seemingly increased investors’ faith in SDGR stock, as the shares jumped 15% between June 28, the day that the company disclosed the FDA’s decision, and July 8.

Investors were also pleased by the 51% year-over-year increase in the company’s first-quarter revenue that it reported on May, as well as by its reiteration of its 2022 guidance.

With the Street becoming more bullish on Schrodinger and less worried about huge interest rate hikes, SDGR stock is well-positioned to surge over the next six months. Meanwhile, I remain very bullish on the longer-term potential of its technology.

Unlike Rivian and Schrodinger, Bionano (NASDAQ:BNGO) hasn’t had a breakthrough event recently. But one could be coming soon. When the company reports its second-quarter results in early August, it’s likely to disclose that its sales again soared by a large amount versus the same period a year earlier, emulating the 80% year-over-year increase in its Q1 sales that it announced in May.

Moreover, we’re likely to continue seeing studies showing that the company’s Saphyr system is more adept than existing technologies at detecting genetic variations. The detection of those variations may enable scientists to develop better treatments for diseases.

And over the longer term, Saphyr which has shown the ability to detect multiple diseases earlier than widely used technology, is likely to be approved by the FDA and other countries’ medical regulators as a diagnostic tool. Finally, Bionano could soon announce major deals to supply Saphyr to large hospitals and major companies.

Meanwhile, it appears that BNGO stock has bottomed; shares have soared 11% off their June 16 low of $1.36. The rally does suggest that the Street has become somewhat more upbeat on the shares.

Meanwhile, Shoals is poised to greatly expand its revenue from Europe, as it obtained regulatory approval in February to sell its products on the continent. That, in turn, leaves the company well-positioned to benefit from the E.U.’s recent decision to greatly increase its use of solar energy in the coming years in order to decrease its reliance on Russian gas.

Even before these positive catalysts occurred, Shoals was generating profit and growing rapidly. In the first quarter, for example, its top line jumped 49% year-over-year, while its “Backlog and Awarded Orders” soared 67% YOY and its income from operations came in at $10 million.

Amazon (NASDAQ:AMZN) has taken multiple steps to make its Amazon Prime service more likely to retain its existing members and more attractive to potential members. Specifically, it added Thursday night NFL games last season to the Prime benefits package and recently introduced free food deliveries on GrubHub for one year for Prime members. Meanwhile, Amazon is a top contender to win the rights to stream many Sunday NFL games starting in 2023.

Since Prime users have historically spent an average of about $1,400 annually on Amazon’s products, versus just $600 for those who are not Prime members, the company’s initiatives that make Prime more attractive are likely to greatly boost AMZN stock over the long term.

Finally, as I’ve noted in past columns, I expect Amazon, in less than a year, to be a major beneficiary of a rejuvenation of the e-commerce sector once consumers’ pent-up demand for experiences has been satiated.

General Electric’s (NYSE:GE) CFO and CEO have foreshadowed excellent results in the second half of the year, but their positive statements have not yet been reflected in GE stock.

On May 12, CFO Carolina Dybeck Happe said, “we have a path to significant growth in the second half” of the year.

“GE expects to generate closer to about 55% of the projected revenue, 65% of operating profit, 75% to 80% of net earnings, and more than 100% of free cash flow in the second half of the year on the back of ‘significant’ growth in aviation and healthcare businesses,” Reuters quoted Hoppe as saying.

Meanwhile, CEO Larry Culp said on June 1 that the company would look to reduce its spending by $2 billion in 2022. That initiative could lift the company’s free cash flow even more than expected in 2022 and 2023.