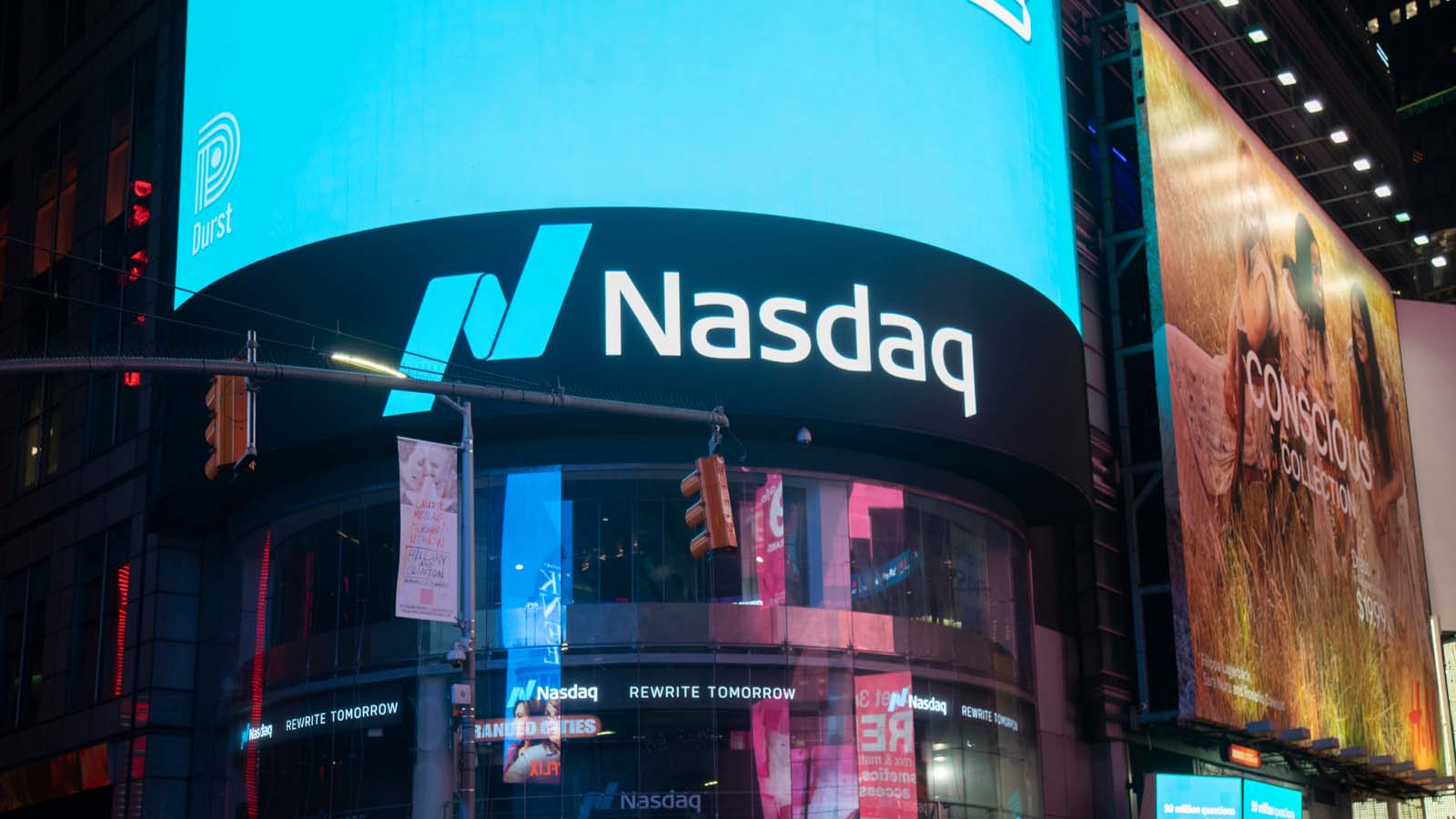 With fears of a global recession rising, it’s probably best to consider targeting certain Nasdaq stocks to sell. Though the underlying technology-centric exchange brings several innovators to the table, many of these ideas don’t align with traditional strengths. In particular, some publicly traded companies feature the worst of both worlds: high risk and overvalued.

Since the concept of Nasdaq stocks to sell hits sensitivities, I’m going to keep this discussion centered on financial data. You may disagree with the assessment and that’s totally fine; indeed, that’s what makes the free market so beautiful. However, the purpose of this article centers on identifying specific businesses that feature fundamental vulnerabilities.

To help with this endeavor, I’m indebted to Gurufocus.com, an investment resource that allows users to screen for certain attributes. In this case, I targeted Nasdaq stocks to sell that essentially carry technical and fundamental risks. So, without further ado, let’s get into this cautionary tale. 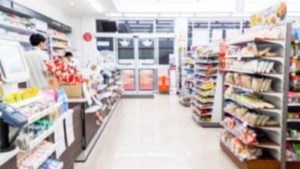 One of the feel-good stories in the market, SurgePays (NASDAQ:SURG) “created a nationwide network of convenience stores, bodegas, and independent community markets where it offers a variety of financial services. These services include everything from cellular top-ups to prepaid gift cards and bill pay services, which empowers communities to be less reliant on Silicon Valley fintech companies which can often be predatory,” per Benzinga.

I’m all for the empowerment of underprivileged communities. Further, SURG lives up to the implications of its ticker symbol. On a year-to-date basis, shares skyrocketed by nearly 169%. So, why on earth does SURG find itself on this list of Nasdaq stocks to sell?

Fundamentally, investors need to look at the facts. For example, Gurufocus.com identified six severe warning signs. Primarily, SurgePays keeps issuing new debt. Over the past three years, it issued slightly over $15 million in debt. Given that even with the meteoric rise in equity value SURG only features a market capitalization of $70 million, the liability could be a problem. Also, SurgePays has never been profitable in the past three years. Thus, you need to be extremely cautious about getting involved right now.

An American technology firm, Harmonic (NASDAQ:HLIT) develops and markets video routing, server, and storage products for companies that produce, process, and distribute video content for television and the Internet. HLIT also happens to be a highflyer, with shares gaining nearly 29% since the beginning of this year.

So, it raises the question again, why is HLIT one of the Nasdaq stocks to sell?

For one thing, HLIT represents a significantly overvalued market idea. Currently, the underlying company’s forward price-earnings ratio stands at a blistering 24 times. Per Gurufocus.com, this metric ranks worse than 88% of the competition. So, while you can make a joke about CNBC’s Jim Cramer getting it wrong (again), here’s the deal. At some point, the fundamentals will matter.

Also, you need to consider that Harmonic’s revenue trend has been declining for the past five years. On the balance sheet, the company features an Altman Z-Score below zero. This indicates a distressed business that may be at risk for bankruptcy. Therefore, conservative investors should consider it one of the Nasdaq stocks to sell.

Headquartered in Seattle, Washington, Impinj (NASDAQ:PI) is a manufacturer of radio-frequency identification devices and software. On the surface, PI doesn’t immediately raise alarm as one of the Nasdaq stocks to sell. While it’s down about 1% below parity for the year, the Nasdaq Composite index fell 29% during the same period.

Nevertheless, investors should be concerned about too much exposure to PI stock. Gurufocus.com identifies three severe warnings for the underlying company. First, Impinj features gross margin pressures, with the average rate of decline at 1.1%. Also, its operating margin has been slipping for the last five years, with a loss rate of 82.3%. Finally, the company’s revenue trend also faded over the last five years.

Though not alarming per se, Gurufocus.com reported that Impinj incurred “21 insider selling transactions and no insider buying over the past 3 months.” Combined with the significantly overvalued profile (the company has a forward PE of nearly 106 times) it’s probably best to consider PI as one of the Nasdaq stocks to sell now. 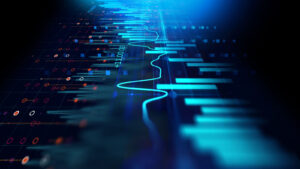 Based in California, Franklin Wireless (NASDAQ:FKWL) represents a “global leader in innovative hardware and software products that support machine-to-machine (M2M) applications and the Internet of Things (IoT) as well as intelligent wireless solutions including mobile hotspots, routers, and modems.” Currently, the company carries a market capitalization of $37.3 million.

Based on traditional front-facing metrics, it’s easier to see why FKWL ranks among the Nasdaq stocks to sell. Since the start of the year, shares plunged 31%. To be fair, it did gain almost 16% in the trailing month, perhaps on contrarian speculation. Still, conservative investors may want to stay away due to myriad vulnerabilities. Here, Gurufocus.com identified six red flags. Most prominently, it shined a harsh spotlight on rising inventory, suggesting waning demand. Also, Franklin Wireless features a low Piotroski F-Score of 3, “which usually implies poor business operation.” As well, the company suffers from gross margin pressures (with a loss rate of 1.7%) and declining revenue over the past three years. 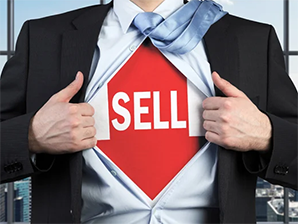 One of the more popular market ideas among internet forums, MicroVision (NASDAQ:MVIS) develops laser scanning technology for projection, 3D sensing, and image capture. Since the beginning of this year, MVIS dropped nearly 31% in equity value, presenting concerns for conservative investors. To be fair, MVIS did gain 9%. However, it might not be enough to offset anxieties that push shares on this list of Nasdaq stocks to sell.

On the bottom line, MicroVision suffers from operating margin pressure. Declining over the past five years, the rate of decline in operating margins is 58.3%. Pouring salt on open wounds, the company’s revenue trend faded during the aforementioned period. To top it off, MVIS features a price-to-sales ratio of 303.8. Per Gurufocus.com, this ranks worse than over 99% of the underlying industry.

While it might sound like a defense contractor, Troops (NASDAQ:TROO) represents a “revenue communications platform that helps customer-facing teams stay on top of everything that matters, whether they are focused on sales, customer acquisition, or customer success.” Based in Hong Kong, the Troops’ stock needs to get marching, with shares down 68%. Presently, the company features a market cap of about $159 million.

In full disclosure, TROO may enjoy some meme-ish qualities. For instance, security gained a whopping 49.5% in the trailing month. From that measure alone, TROO doesn’t seem to rank among the Nasdaq stocks to sell now. However, Gurufocus.com rates shares as significantly overvalued. Specifically, TROO features a P/S ratio of 44 times, worse than 97% of its peers.

Also, the investment resource identified one major red flag for Troops, which is revenue decline. Fading over the past five years, this dynamic reflects demand concerns. Also, the company suffers from a three-year book growth rate of 30.5% below parity. 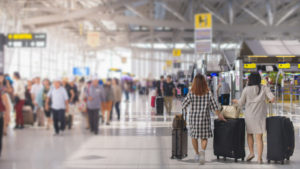 A Chinese online travel agency, Tuniu (NASDAQ:TOUR) provides services that include packaged tours, accommodation reservations, airline and railway ticketing, car rentals, and corporate travel. Despite relevancies, TOUR slipped over 35% in equity value since the beginning of this year. Presently, the company commands a market cap of $84.08 million.

Fundamentally, investors should consider TOUR as one of the Nasdaq stocks to sell because of China’s red flags. According to Barron’s, Chinese consumers closed their wallets amid pandemic-related restrictions. Therefore, it’s unlikely that Tuniu will somehow rise above the muck.

Also, Gurufocus.com identified five severe warnings regarding the business. First, its low Piotroski F-Score indicates poor operations. As well, the company suffers from operating margin pressures, with an average rate of decline of 32.4%. On the top line, Tuniu’s revenue faded over the past five years.

Adding insult to injury, the travel agency’s Altman Z-Score pings at 5 points below parity. This indicates significant distress, possibly resulting in bankruptcy in the next two years.

3 Tech Stocks Getting Ready for a Major Breakout
Resist Squeeze-Play Temptations With QuantumScape Stock
My SOFI Stock Price Prediction for 2030
LCID Stock Forecast: Where Will Lucid Be in 5 Years?
7 Inflation-Beating REITs to Buy for Growth and Dividends