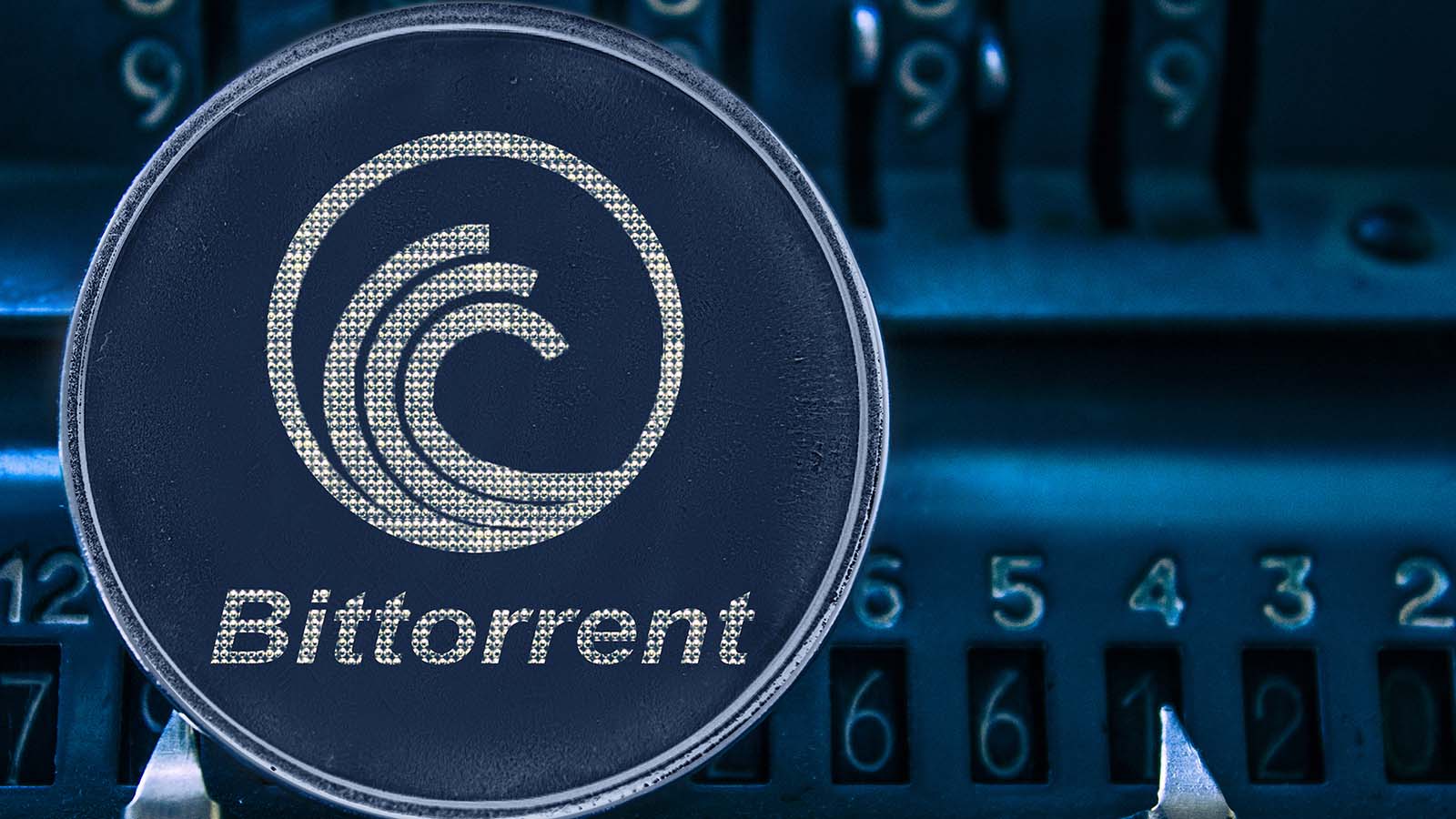 Since the beginning of the year, BitTorrent (CCC:BTT-USD) has gained about 2,700%. Even by the standards of an absolutely roaring cyrptocurrency ecosystem, the rise in BTT has been extraordinary.

The question, however, is why BitTorrent has risen so steadily. Truthfully, it’s a tough question to answer.

As far as the coin itself goes, nothing really has changed. BitTorrent coin was launched in early 2019, after the Tron Foundation acquired BitTorrent, a longstanding peer-to-peer (P2P) file-sharing service. That same year, BitTorrent Speed was introduced, which promised to use the token to improve download speeds and sharing on the network.

No one really cared. Coming into 2021, BTT was valued at less than three one-hundredths of a penny.

They care now. But it certainly looks like they care because altcoins of all stripes have gone nuts, and traders are filled with speculative fever. The same crypto that was worth almost nothing five months ago now is worth…well, still almost nothing, at a little over seven-tenths of a cent.

That said, understanding the supply of the coin, BitTorrent already has a significant market value. Predictions out there for more explosive upside defy any reasonable logic.

There are legitimate arguments for leading cryptocurrencies like Bitcoin (CCC:BTC-USD) and Ethereum (CCC:ETH-USD), even if personally I’m not sold on either. Other altcoins have promise as well.

But BitTorrent is getting bought because it looks cheap and keeps going up. That can’t last forever.

The Math for BitTorrent

There’s something extremely important to understand about BitTorrent: it has a massive supply. There already are 990 billion coins in existence.

So while the $0.007364 price (as of this writing) seems ridiculously cheap, BTT is anything but. It has a market capitalization over $7 billion.

That supply also lays bare how ridiculous some of the price targets for BTT are. It doesn’t sound that unreasonable on its face to expect the coin to reach $1. At that level, BitTorrent’s market cap would be just shy of $1 trillion. (Bitcoin’s market cap at the moment is $1.1 trillion.)

There are even higher price targets out there, with one site positing the coin could reach $5. Yes, that analyst expects the path to take five years; but we’re still talking nearly 68,000% returns and a market capitalization near $5 trillion.

What Does BTT Offer?

We’ve seen this with multiple altcoins, most notably Dogecoin (CCC:DOGE-USD), where the price targets just happen to coincide with round-dollar figures. The supply problem for BTT should make clear how aggressive, if not silly, to have even a $1 price target.

But so should the actual use case for BitTorrent. There really isn’t one at the moment. Yes, Tron speaks to an incentive-based ecosystem that should improve download speed.

Of course, that is the same offering released in 2019, at which crypto investors yawned. Nor does download speed, in an era of gigabit Internet, seem a massive problem that needs to be solved.

Tron also claims that BTT powers DApps, among them DLive. But DLive is basically a third-tier version of Alphabet (NASDAQ:GOOG,NASDAQ:GOOGL) property YouTube or Amazon.com (NASDAQ:AMZN) streaming site Twitch. The site briefly hosted a number of right-wing commentators banned from more mainstream platforms, but removed several after the riots at the U.S. Capitol on Jan. 6.

Meanwhile, streamers on DLive aren’t paid in BitTorrent, but in “lemons,” though the platform does offer staking rewards for BTT.

There just isn’t much here. There certainly doesn’t seem to be enough to support a $7 billion market cap.

Tron itself has a somewhat sketchy past, as Mark Hake, CFA noted on this site. That article built off reporting by The Verge last year, which called Tron’s head, Justin Sun, the “Hype Man of the Century.” (Before that, Sun was best known for spending $4.6 million to have dinner with Berkshire Hathaway (NYSE:BRK.A,NYSE:BRK.B) leader Warren Buffett.)

BitTorrent itself, which Sun purchased for over $100 million in 2018, generally has focused on piracy. It’s difficult to see how that history squares with a $7 billion market cap for BTT. Obviously, the token and the business are not the same thing, but the monetary value of the token derives from the practical value of the token.

Is the practical value of BTT anything more than anonymized piracy? At the moment, there’s not much evidence that it is.

That doesn’t equate to a $1 trillion or $5 trillion market cap. It doesn’t even support the current price. The rally’s been huge, and in this environment it doesn’t have to stop immediately. But barring drastic changes, it will stop — and reverse.

On the date of publication, Vince Martin held a long position in AMZN.

7 Deeply Undervalued Growth Stocks to Buy Now
Watch for SOFI Stock to Hit $10 — and Then Buy!
3 Biotech Stocks Smart Investors Should Be Buying Up Now
3 Penny Stocks You Can Count On in This Uncertain Market
Stocks making the biggest moves midday: Apple, Manchester United, Activision Blizzard and more