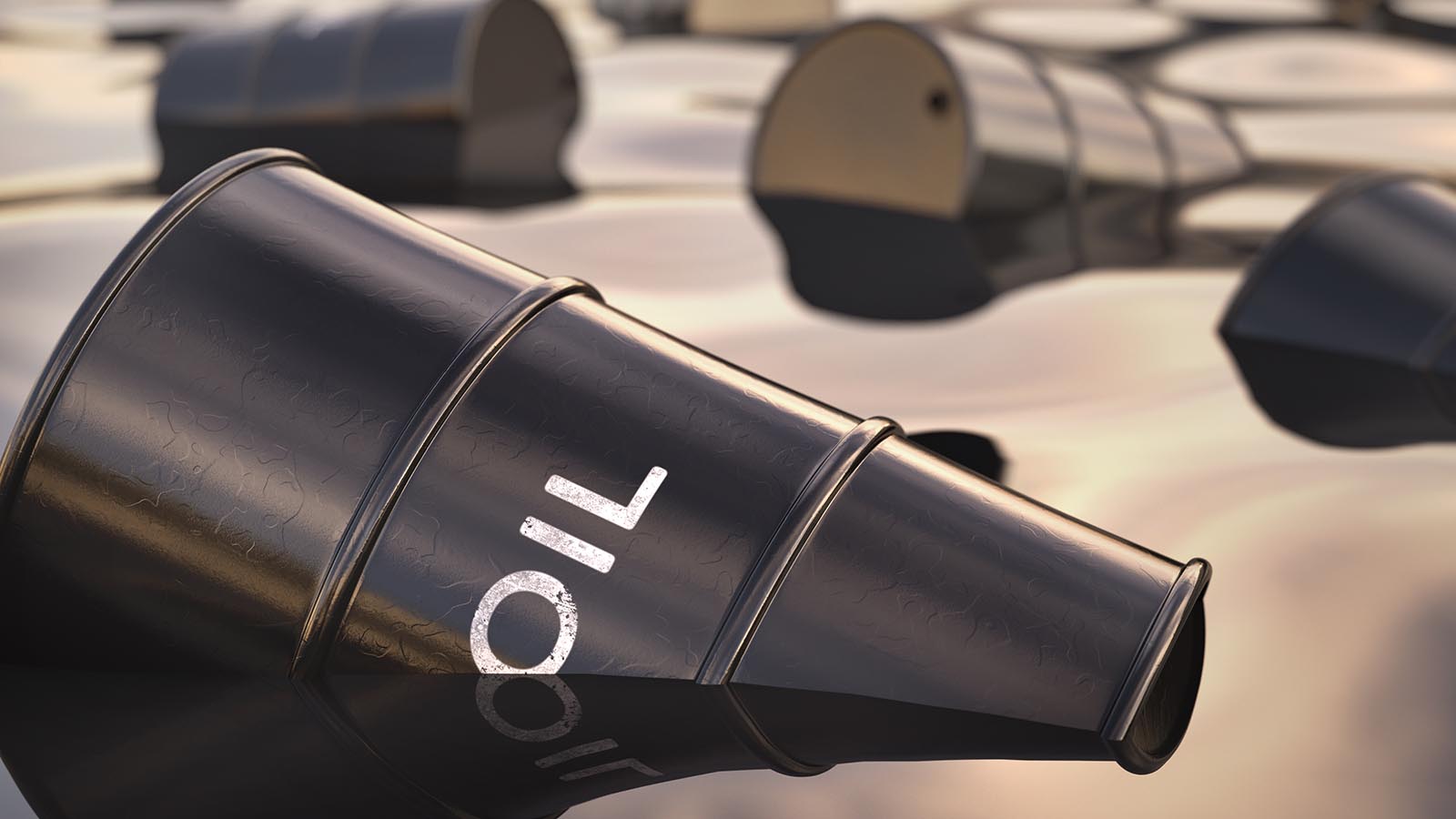 With Mother Nature and Mother Russia combining forces to create an unprecedented pressure point for the broader energy market, investors ought to put the best natural gas stocks to buy on their radar today. Sure, the ebb and flow of these uncharted waters have made sector players choppy in recent sessions. However, don’t let the near-term noise detract you from the bigger picture.

According to the U.S. Energy Information Administration (EIA), natural gas represented the largest source —  about 38% — of electricity generation in this country. Well, this statistic is a problem when you consider that the weather has been unusually hot for this time of year, thus increasing demand for the best natural gas stocks to buy. As well, with coal prices being very expensive, households have no choice but to absorb the raised costs.

In addition, global consumers should expect zero relief from international supply chains. With Russia’s invasion of Ukraine, the usual flow of energy has been catastrophically uprooted, plunging the economic backdrop into great ambiguity.

While it’s not a panacea, investors do have an option to consider: the best natural gas stocks to buy now. 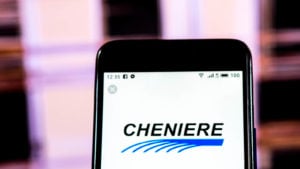 Indeed, that was the primary bullish case for the company earlier this year. Back in March, the U.S. Department of Energy approved additional exports from Cheniere’s two LNG terminals in Louisiana and Texas to Europe and other regions.

To be fair, the U.S. is already exporting at or near maximum capacity. However, with the new paradigm in the global energy sector, greater investments toward exploration and production are well within reason. In the interim, demand for hydrocarbons is likely only going to increase. Under this context, LNG could be one of the best natural gas stocks to buy for the long haul.

Billed as a pioneer of the Marcellus Shale project and one of the most active natural gas drillers in Pennsylvania, Range Resources (NYSE:RRC) is another solid bet for the best natural gas stocks, particularly because it’s vital to our overall energy security. Range Resources specializes in both natural gas and natural gas liquids (NGLs).

According to the EIA, “NGLs are used as inputs for petrochemical plants, burned for space heat and cooking, and blended into vehicle fuel.” Further, the agency notes that “Higher crude oil prices have contributed to increased NGL prices and, in turn, provided incentives to drill in liquids-rich resources with significant NGL content.”

From a cynical perspective, the longer-term future is bright for Range Resources. Based on the current economics of the energy market, demand for NGL production will probably increase significantly. As well, the soaring crude oil price necessarily bolsters NGLs, providing a favorable profitability effect.

Easily ranking among the best natural gas stocks to buy for its vital importance to national security, Kinder Morgan (NYSE:KMI) is in fact one of the largest energy infrastructure firms in North America.

The company either has an interest in or operates approximately 83,000 miles of pipelines and 141 terminals. Flowing through its pipelines (besides natural gas) are gasoline, carbon dioxide, crude oil and other energy-related commodities.

As well, the company features a diversified business, storing and handling renewable fuels, petroleum products, chemicals and vegetable oils among other products. On an interesting side note, about 40% of the natural gas consumed in the U.S. is transported through Kinder Morgan’s pipelines. Essentially, if you’re seeking holistic exposure to the best natural gas stocks to buy, KMI is indelible.

Unlike some of the sector-related stocks, however, KMI has been struggling recently, shedding about 15% over the trailing month since the June 24 session. However, this could be a discounted opportunity given the broader fundamentals.

The biggest natural gas producer in the U.S. — not to be confused with Cheniere, which is the biggest LNG producer — EQT Corporation (NYSE:EQT) is another potentially lucrative name among the best natural gas stocks to buy now. Essentially, EQT commands a scaling advantage, allowing it to better react to developments in the broader energy sphere.

In fact, Reuters featured EQT late last year when management implored the federal government to produce and export more natural gas to combat climate change. In its views, such exports have the potential to bolster go-green initiatives.

Now with the crisis in Ukraine, EQT is eyeballing investments in natural gas exports in a bid to stabilize energy flows for western economies. What is likely to work in the underlying industry’s favor is that climate-based criticisms of hydrocarbons may take a backseat in light of the incoming economic and security threats.

Although EQT stock has been volatile recently, the trailing-month loss of 25% could be enticing for contrarians. Again, it’s all about focusing on the bigger picture.

One of the best natural gas stocks to buy in the middle tier of the segment, Coterra Energy (NYSE:CTRA) is appropriate for investors that want to have extra potential kick in their holdings. While CTRA is up nearly 35% on a year-to-date basis, it’s also dipped over 22% in the trailing month. And for the business week ending June 24, CTRA shed 6%, which isn’t encouraging.

Fundamentally, though, patient investors who can handle choppy waters should keep Coterra on their watch list. A hydrocarbon exploration firm with a diversified asset base, the company highlights its flexibility, being able to focus on either its oil or gas assets depending on economic and industry cycles. Coterra features projects in Texas and Pennsylvania, commanding a 600,000 net acre footprint.

Another intriguing factor to consider for those seeking the best natural gas stocks is that CTRA is modestly undervalued against a basket of valuation gauges. As well, Coterra has strong profitability metrics, with a highlight being its return-on-equity ratio of 27% (compared to the industry median of 5.3%).

One of the top-performing names among the best natural gas stocks to buy, Antero Resources (NYSE:AR) has lit up the charts by gaining 82% YTD. It’s a purely growth-oriented investment, paying no dividends. This contrasts with some other sector players, such as Cheniere, EQT and Kinder Morgan, which do provide passive income to varying degrees.

However, what’s intriguing about Antero from a speculative point of view is that over the trailing month, AR has dropped almost 23% of market value. Given the longer-term framework of the natural gas sector, though, it’s quite possible that AR is merely encountering a healthy correction on its way to further gains. The June 24 session, where Antero popped up 5%, may be an early bullish signal.

To be completely transparent, those who decide to place a wager here must recognize fundamental risks. Even with the recent discount, AR is considered significantly overvalued. Still, energy products are likely only going to rise in price, boding well for Antero. 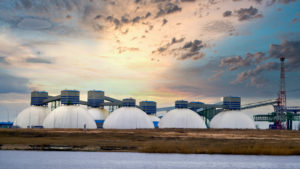 An independent energy firm, Southwestern Energy (NYSE:SWN) features multiple assets across 938,000 net acres in the Appalachia and Haynesville Basins. Specifically, the company develops natural gas, oil and NGL resources. For those who like to speculate on higher-risk, higher-reward opportunities, SWN is also one of the best natural gas stocks to buy that are priced under $10 a share.

Since the start of this year, Southwestern has gained nearly 50% of market value. Nevertheless, the equity unit is taking a bit of breather, shedding 16% in the trailing month. That might spell good news for forward-thinking investors, who recognize the deep disruptions that potentially lie ahead for the global economy. As well, conditions back home are not exactly conducive for lower energy bills.

Still, as with Antero above, you’re going to need to factor in the financials. Against a basket of valuation metrics, SWN is considered modestly overvalued. However, Southwestern features solid profitability figures, particularly an operating margin of 43.8% which beats the industry median of 6%.

Job Cuts Alert: Why More Companies Will Conduct Layoffs in 2023
Is NIO Stock a Buy or Sell? Here’s My Call.
Why Now Is NOT the Time to Buy Arcimoto (FUV) Stock
Stocks making the biggest moves midday: 3M, Paccar, Bed Bath & Beyond, AMD and more
7 REITs That Will Be Big Winners in 2023